The Bank of Thailand will Legalize the First Virtual Banking by 2025
https://www.fameex.com/en-US/news/the-bank-of-thailand-will-legalize-the-first-virtual-banking-by-2025
Thailand wants to increase competition and economic growth by introducing virtual banks. The Bank of Thailand has announced intentions to let virtual banks operate for the first time in Thailand. By 2025, financial institutions will be able to offer services, according to a Bloomberg article.

Lawyer explains new federal virtual asset law in the United Arab Emirates
https://cointelegraph.com/news/lawyer-explains-new-federal-virtual-asset-law-in-the-united-arab-emirates
The United Arab Emirates (UAE) has passed a new law that governs virtual assets, setting up the country's initial regulatory regime for the cryptocurrency space at the federal level. Failure to comply with the new law could lead to a hefty fine of up to $2.7 million, ejection of profits and criminal investigation.

Polygon primed for hard fork aimed at reducing gas fee spikes: New details revealed
https://cointelegraph.com/news/polygon-primed-for-hard-fork-aimed-at-reducing-gas-fee-spikes-new-details-revealed
Ethereum layer-2 scaling solution Polygon will undergo a hard fork on Jan. 17 in order to address gas spikes and chain reorganization issues that have affected user experience on the Polygon proof-of-stake (PoS) chain. 87% of the 15 voters of the Polygon Governance Team voted in favor of increasing the BaseFeeChangeDenominator function from 8 to 16 to reduce gas fee spikes and to decrease the SprintLength function from 64 blocks to 16 in order to fix the chain reorganization problem.

The Fear & Greed index climbed to 52, the highest of the last 4 months. The investors are now optimistic instead of in fear. They regained confidence after the downfall of FTX.

Bitcoin Ahr999 climbed to 0.50, the highest of the last 8 months, above the bottom line 0.45 and below the DCA line 1.2. The numbers reflect that the market has regained momentum in the short-term, but bear markets will last for a long time. Judging from the information above, the prices were still at the bottom zone.

In terms of economy, the research of Index of Consumer Sentiment published by the University of Michigan revealed that the expectation of annual inflation rate is down to 4%. The number has been decreasing for 3 straight months, making it the lowest since April of 2021. The consumer confidence has risen from 59.7 to 64.6, the highest of the last 9 months.

Janet Yellen, minister of the Treasury Department of the US, informed the Congress that the country would reach the legitimate upper limit of debt next Thursday. The department would take unusual methods to prevent the country from violation. Chuck Schumer, majority Leader of the United States Senate, and Hakeem Jeffries, minority Leader of the U.S House of Representatives, jointly established that the Congress needed to take action to prevent the disastrous debt violation.

Kristalina Georgieva, chief of the IMF, believed that the IMF might not lower its expectation that this year’s global economic growth would reach 2.7%. More and more evidence shows that the American would avoid the economic downturn in 2023 and experience an economic soft landing. Even if an economic recession would occur, it would be a mild one. 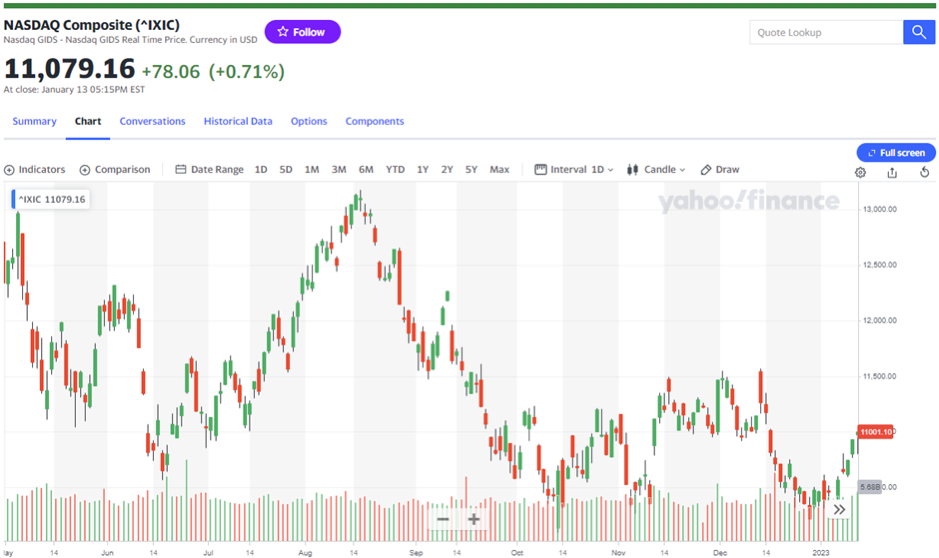 Judging from the day-line, the price has reached 21000. It has been rising after it reached the resistance at 18388 on December 14th. The long side now dominates the market in the short, medium and the long term. However, the BTC has reached 21481, the resistance of last November. A large amount of orders have been completed at this price zone, but it’s crucial whether or not enough orders will follow to support the momentum.