Tezos is a blockchain network that’s based on smart contracts, in a way that’s not too dissimilar to Ethereum. However, there’s a big difference: Tezos aims to offer infrastructure that is more advanced — meaning it can evolve and improve over time without there ever being a danger of a hard fork. This is something that both Bitcoin and Ethereum have suffered since they were created. People who hold XTZ can vote on proposals for protocol upgrades that have been put forward by Tezos developers.

This open-source platform bills itself as “secure, upgradable and built to last” — and says its smart contract language provides the accuracy that is required for high-value use cases. According to Tezos, its approach means that it is futureproof and will “remain state-of-the-art long into the future,” meaning it can embrace developments in blockchain technology.

The technology underpinning Tezos was first proposed in a white paper that was released in September 2014. After a series of delays, the Tezos mainnet launched four years later. 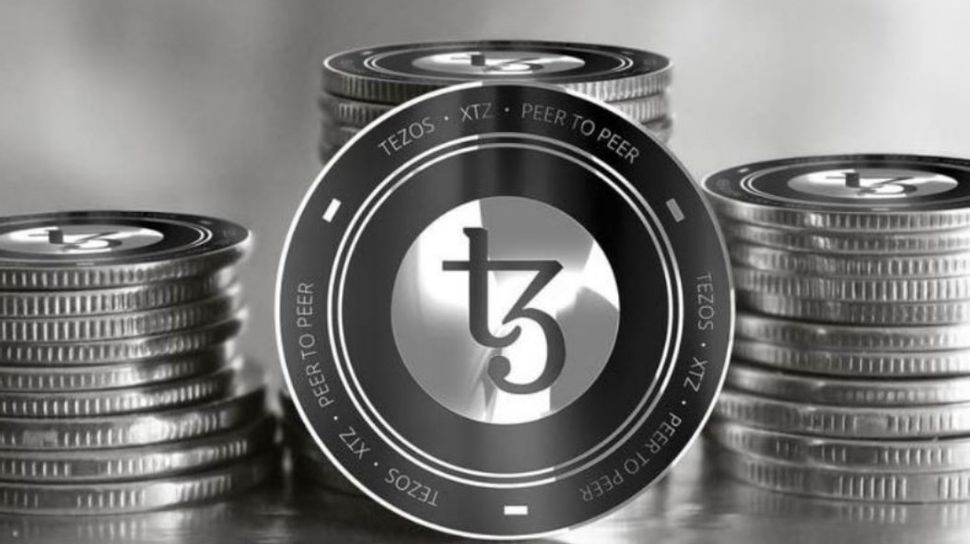 Initially mentioned in 2014 and officially launched in 2018 Tezos was founded by husband and wife Arthur and Kathlieen Breitman through a startup they founded, Dynamic Ledger Solutions. Tezos, based on the Liquid Proof-of-Stake consensus mechanism, is a self-amending blockchain sharing many common features as Ethereum. Tezos is an open source blockchain and application platform which can upgrade itself. The upgrade to the core protocol or the self-amending process can be decided by the people who hold and stake the Tezos coin, XTZ. Tezos executed the initial coin offering in July 2017 and raised US$232 million dollars, making it the largest ICO ever at the time.

Tezos, a decentralized ledger and an evolving network which is designed to utilize smart contracts.

Crypto investors may be frustrated with the increase in the transaction fees especially when the crypto continues to soar to new record highs and are constantly flooded with new users. High gas fees seems to be the common headache for the users of Ethereum which offers similar service as Tezos. However, Tezos addressed the issue and assured it would not have the same problem as proof-of-work blockchains have. Some of the advantages of this recent upgrade include a decrease in block creation time from 60 seconds to 30 seconds and also a decrease in gas usage by smart contracts by up to one third.

With the network, Tezos intends to reduce the forking probability. Here comes what makes Tezos stand out, its governance system.

Upgrades usually require lots of work and most blockchain platforms use a fork based governance model which is slow to adopt new changes. This means that major changes need other people to in fact upgrade their software but the team at Tezos created an on-chain governance system, featuring self-amendment to drop the coordination costs that come along with upgrades to a blockchain network. The whole system makes future changes easier opposed to the lengthy forking process that other blockchains have to do. Tezos’ self-changing mechanism not only saves more time but also avoids legacy tokens that the crypto investors usually witnessed after hard forks.

The native smart contract language employed by Tezos is Michelson which facilitates a formal verification mechanism that ensures the code functions as intended. The security improvement avoids costly bugs and contentious debates. Unlike Ethereum which touts its smart contracts service as well as creates a low-level machine which is the Ethereum virtual machine, taking high level coding languages to take advantage of, Tezos keeps its smart contracts simple and low level.

The prominent place that differs Tezos from Ethereum is that the network is secured and managed by “Tezos bakers”. Bakers are similar to miners in proof-of-work networks whose jobs are to secure the system, verify transactions and distribute block rewards.

To keep the system in sync, Tezos uses Liquid Proof-of-Stake algorithm, a variation on Proof-of-Stake. To appeal to the nodes to take part in governance, they have to stake XTZ tokens which is a process called “baking”. Anyone would like to be a baker , a node needs to own 8,000 XTZ or a roll. Tezos users could delegate their XTZ to other bakers and thus allocate votes to other users so they can earn XTZ rewards in return. Bakers will be incentivized to be honest since users have the flexibility to easily change the bakers they delegate tokens.

The bakers for each block are selected randomly and they would earn a reward of 16XTZ for baking a block while 32 endorsers needed to be selected also to verify the last block baked. The endorsers would be rewarded by 2 XTZ for each block endorsed.

When it comes to upgrading, there is a four-step voting process that needs to be followed and each step is separated by around 23 days.

Firstly, the Proposal Period where any baker submits a proposal to amend or upgrade the network. The propal attracting the most votes would move on to the next, the Exploration Vote Period and proposals snatch 80% of votes, a supermajority in favor go on to the third period. The Testing Period means the certain proposal would be put on a temporary test chain which aims to ensure that the amendment is safe and adoptable. Lastly, in the Promotion Vote period the certain proposal needs to earn a supermajority in favor from bakers to see it implemented.

Since its introduction, Tezos have had several upgrades and three of which happened in 2021. The most recent upgrade is called Granada which marked the evolution of the platform to address transaction cost.

The native token of Tezos network is XTZ whose role is to maintain and operate the network itself. The market capitalization of XTZ is about US$6B, ranked 32 in October 2021.

After it went on a whopping ICO to raise 65,703 Bitcoin and 361,122 Ethereum, around US$232M, an internal dispute broke out between the Breitmans and Tezos’ President Johann Gevers over intellectual property rights. The lawsuit delayed the launch of the Tezos network and it led to another legal trouble for the Breitmans with the investors who alleged the Tezos token was an unregistered security. Finally the Tezos Foundation and Tezos investors have reached a US$25M settlement.

PreviousChilliz is a network optimized for sports and entertainment engagementNextStellar is an Open Network That Allows Money To Be Moved and Stored
Market
XTZ-2.16%
1.039 USDTGo trade
Other articles