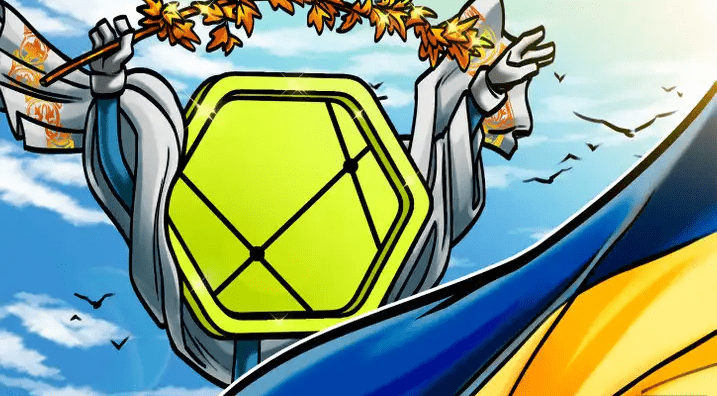 The recent invasion of Ukraine has put the world in a state of uncertainty, turmoil and geopolitical risk. Volatility in the global financial markets has caused immense losses to millions of investors. With rising global inflation, fear of tapering liquidity, and increasing interest rates by the United States Federal Reserve, havoc is spreading across the global economy. But aimd the war, there are those who are helping to improve the situation by using NFTs (Non-Fungible Tokens).

Additionally, the delinking of SWIFT messaging services for leading Russian banks is causing concern among entrepreneurs in the nation while also impacting other economies with strong Russian trade ties. With Visa and Mastercard halting their Russian operations, there will be further untold consequences for the interoperability of their payment systems and the everyday citizens who rely on them.

Amid all these uncertainties, cryptocurrencies and other assets such as nonfungible tokens (NFT) are playing a pivotal role in trying to mitigate the fallout from the conflict in Ukraine.

A collaboration among Nadezhda Tolokonnikova, digital artist Trippy Labs, and artist collective PleasrDAO, Ukraine DAO has sold 10,000 NFTs of the Ukrainian flag on the Ethereum network, alongside a unique NFT of the flag. So far, it has raised over $6.7 million to support Ukraine’s military.

An NFT of the Ukrainian flag sold for 2,258 Ether (ETH) ($6.5 million at press time) through a service called Party Bid. All proceeds from the NFT sale went to the Come Back Alive organization that aids the Ukrainian military, volunteers and their families.

7.5 million children in Ukraine are caught in the middle of this conflict, risking displacement, trauma, prolonged interruption of education and loss of family income. Save the Children has raised funds to help the families worst impacted by Ukraine’s crisis. The initial $19 million worth of appeals on its donation page includes crypto contributions. The organization accepts more than 60 types of cryptocurrencies, including Bitcoin (BTC), ETH, USD Coin (USDC), Cardano (ADA) and Dogecoin (DOGE). 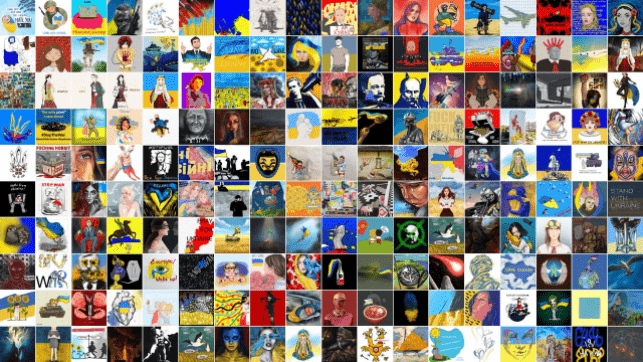 Over 500 Ukrainian artists gathered to submit art to a new NFT collection sold via Holy Water to raise money for the people of Ukraine. The artists represent some of the most prominent galleries in the country, including Port Agency, Izolyatsia and Ugallery. Bidding for each NFT will start at 0.08 ETH. They aim to raise at least $1 million. The Seed of a Good Idea. Source: AGallery

A well-known contemporary Ukrainian artist, Vladimir Manzhos, aka Waone Interesni Kazki, is selling NFTs of his most famous paintings, which are inspired by surrealists and Ukrainian folk tales. Of the money raised, 50% will go toward defense and medical supplies via Ukrainian war charities. 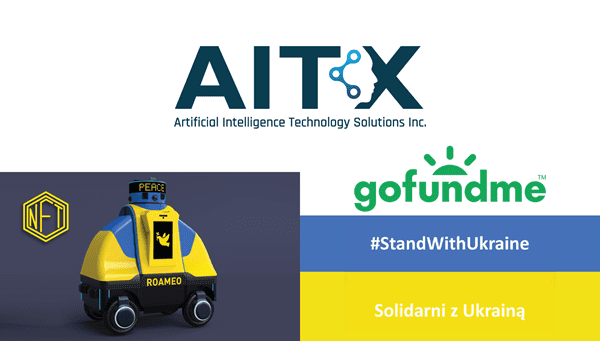 Artificial Intelligence Technology Solutions Inc (AITX) announced it would be raising money for the Ukrainian Humanitarian Relief through two avenues, the first of which is a minted NFT containing the image of a Roameo produced by Robotic Assistance Devices. Funds are currently being raised through an online auction. The second avenue is a GoFundMe page that has been created by CEO Steve Reinharz to provide funds to a Ukrainian aid organization, reportedly verified by the International Red Cross. 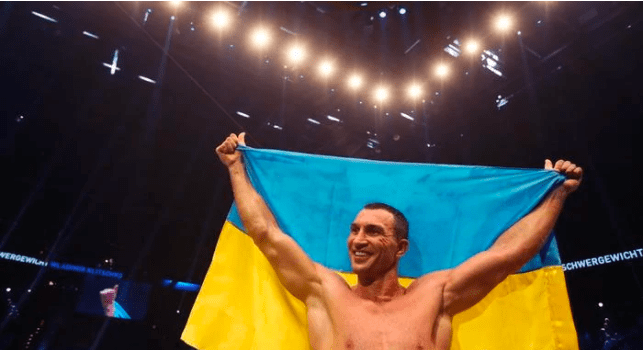 The Olympic champion and boxing icon Wladimir Klitschko released an NFT collection collaborating with the artist WhlsBe. The collectibles will be available to mint in a tiered pricing model of $100, $1,000 and $10,000. The funds from the sale will go directly to Ukraine.

Mykhailo Fedorov, Ukraine’s vice prime minister, announced that the government would issue NFTs to help fund its military operations. The appeal raised about $54.7 million for the Ukrainian government and Ukrainian non-governmental organizations, with a smaller amount being sent to the Come Back Alive organization.

Headed by crypto artists and prominent NFT influencers, Web3 humanitarian initiative Reli3F initiated a large NFT sale that included pieces from 37 artists, including Danny Cole, Vinnie Hager, Sartoshi, Gremplin, Ravi Vora and more. All the proceeds of the sale were sent directly to Ukraine relief efforts. Within 30 seconds of the initial launch, the NFT project sold out, raising over $1 million dollars. 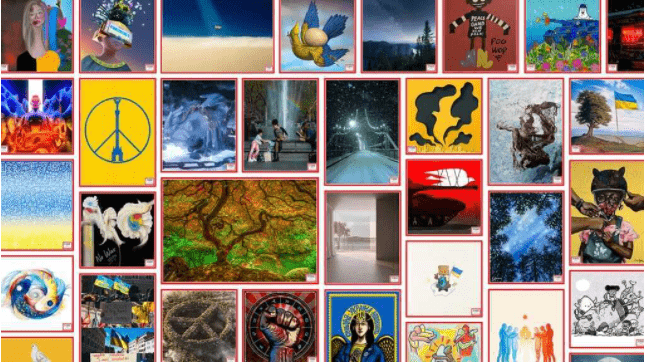 TIMEpieces, a Web3 NFT community initiative from Time magazine, announced an exhibition, “Make Art Not War.” 100% of the income raised from the exhibition will be sent to humanitarian relief efforts in Ukraine. According to Time, collectors have minted over 10,000 NFTs from 99 collages of images — with each collage representing a year in Time’s 100-year-long history. Forza Ikonia has been helping raise funds for various charities in Ukraine, including Doctors Without Borders and Amnesty International. The “Stand with Ukraine” NFT project was launched by the Kyiv- and Gothenburg-based incubator, consisting of over 43,287,512 editions by artist Felipe Posada. Each edition represents one citizen of Ukraine and is being sold at just $10 per edition.

Editions can be purchased by credit or debit card, and all sales go toward the platform’s selected charities. So far, Forza Ikonia has raised over $264,000. The ArtWaRks Ukraine NFT project was created by a group of Ukrainian IT entrepreneurs, art historians, artists and media creators with the aim of raising money for charitable aid toward civilians and the Ukrainian military. The project has 57 “ArtWaRks” listed on OpenSea, with each being sold at around 0.07 ETH or $182.

One of the ArtWaRks in this NFT project is from former Minister of Culture and Sports Vladimir Borodyansky. Other contributors include IT entrepreneur Ruslan Nonka; the co-founders of the NGO Museum of Contemporary Art, Yulia Gnat and Olga Balashova; and many other Ukrainian artists.

Many cryptocurrency investors see the Russia–Ukraine conflict as a game-changer that could cement the utility of cryptocurrencies and blockchain technology in people’s minds, although it’s still too early to tell whether this will alter the narrative on how governments around the globe view crypto assets and NFTs. What we do know is that digital assets such as NFTs are helping a country in distress raise funds to defend its borders.

Innovation on this scale doesn’t happen too often, and with blockchain creeping into the global consciousness as a robust and valuable financial technology, NFTs could accomplish far more than they already have.