In the crypto market, Bitcoin reigns supreme, as the first ever decentralized cryptocurrency and the most well-known, it dominates the market cap rankings. But could its age become its downfall? 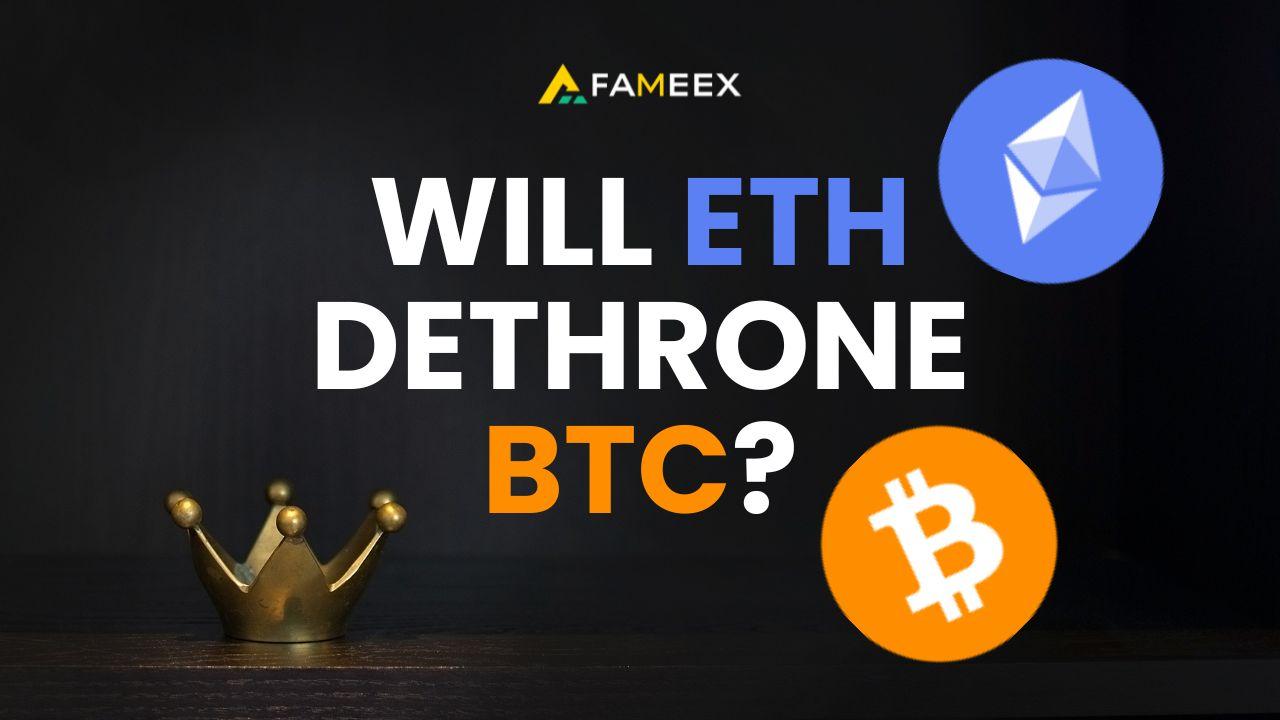 From its inception up until February 2017, Bitcoin (BTC) accounted for over 95% of the total cryptocurrency market capitalization. For most of the time up to that point since cryptocurrencies were invented, they were seen as purely a form of anonymous money. Bitcoin’s rise to infamy was due to its use on the first ever darknet market, Silkroad. Even after the death of the darknet markets, the usefulness of Bitcoin didn’t diminish, the libertarian and anarcho-capitalist elements of society found the properties of Bitcoin as an investment to be equally as important as its anonymous nature. The fixed total supply of 21 million coins meant that it would act as a ‘Store of value’ against ever inflating government-issued fiat currency. By The Beginning of February 2017 Bitcoin was worth $16 Billion dollars.

Ethereum (ETH) launched in July 2015. Invented by Vitalik Buterin, this new type of blockchain was designed to extend the trust model of Bitcoin from just transacting monetary value, to arbitrary code and instructions called ‘smart contracts’.

Billed as “The world computer”, the Ethereum blockchain initially only had basic instructions, to bring this ambitious goal to fruition, Ethereum open source developers spent the next several years fleshing out the libraries of code that would let the average coder use Ethereum to its full potential. The subsequent invention of the ERC20 token standard, which standardized the instructions related to tokens built on Ethereum. And the development of the “Initial Coin Offering smart contract”, which allowed entrepreneurs and developers to easily and trustlessly crowdfund their projects, drew huge interest to the Ethereum blockchain platform and kickstarted the white hot market for cryptocurrencies in 2017.

For much of its existence, Ethereum has had more developers working on it than Bitcoin. Bitcoins transactions take the form of Unspent Transaction Outputs, which are much more difficult to utilize than Ethereum which uses an account-based model. Ethereum also has the advantage of allowing developers to run arbitrary code on-chain. This has led to a proliferation of independent projects running on Ethereum. Ethereum itself has also undergone multiple upgrades and soft forks, while Bitcoin has taken a far more conservative approach to altering its incentive structure. The larger quantity of developer involvement on Ethereum seems to have propelled investor interest and maintained its growth as a competitor to BTC. According to crypto research firm Electric Capital, Ethereum has more than 4000 active developers working directly on the protocol while Bitcoin only has 800.

Another major difference between the two blockchains is their attitude towards Proof of Work. Ethereum has long planned to move from validating the blockchain using hardware mining to a Proof of Stake system, while Bitcoin seems destined to stick with the SHA256 hashing algorithm on hardware miners for its entire lifetime.

While the growth in value of Bitcoin has shown that there is nothing inherently wrong with Proof of Work, there are growing noises from some investors complaining about Bitcoin’s electricity usage and impact on carbon emissions. When Ethereum starts its ‘Beacon Chain’ at some point in the near future, it will begin the move from Proof of Work to Proof of Stake. If this move is a success, it could attract greater investor interest as the “Green” choice of Crypto.

Ethereum’s trading volume has been comparable to Bitcoins for some time and regularly exceeds it in trading volume. “Price follows volume” is an old adage in trading, despite this, Ethereum’s market cap remains number 2 to Bitcoin’s by quite some distance. Last week something happened that has never happened before:

Deribit, the world's largest crypto options exchange with over 90% of market share, announced that, for the first time in history, there were more open options contracts on Ethereum than Bitcoin. Spurred by Ether‘s move to Proof of Stake drawing near, traders were banking on the reduction in issuance caused by this to drive the Ethereum price up. Could this historic change in the attitude of Options traders towards Bitcoin and Ethereum be the sign of things to come?

The Flippening is Nigh

Ethereum supporters have been calling the ascendancy of Ethereum to the number 1 spot for much of its existence, but institutional investors have always viewed Bitcoin as the “Safe bet”. This has meant that Bitcoin has constantly been valued higher by the market despite its lack of development prowess. Ethereum’s ecosystem has grown to have the largest number of tools and infrastructural elements out of any blockchain in the world, yet its market cap value has consistently been a fraction of Bitcoins.

The move to Proof of Stake could be the event that finally changes that. After “The Merge” as it’s being called, Ethereum’s issuance rate will decrease by around 90% after payouts to miners cease. This will likely cause a supply shock in Ethereum and the price to rise. The early warnings in the Options market volume are likely to be a preview into that future.

PreviousNextA Beginners Experience with Grid Trading
Other articles in this group

A Beginners Experience with Grid Trading
Are Supply Chain Cryptocurrencies Making a Comeback?
Is Crypto Haram or Halal?
ESG How Does Bitcoin Stack Up?
The Fed Killed Crypto? How has CPI Impacted the Crypto Markets?
AAVE Joins the Stablecoin Craze
The ISO20022 Rabbit Hole
All Bad News? The EU’s New Crypto Regulations
Recently, the Ethereum Foundation Released Its Very First Treasury Report
How the SHIB Community Met up with a Turkish Politician?