Logan Paul Retracts His Defamation Claim Against Coffeezilla and Issues an Apology
https://www.fameex.com/en-US/news/logan-paul-retracts-his-defamation-claim-against-coffeezilla-and-issues-an-apology
Logan Paul, a YouTuber, has removed a video in which he threatened to sue Stephen "Coffeezilla" Findeisen, an online investigator, over a three-part series calling Paul's CryptoZoo project a "scam."

Polygon Paid y00ts NFT Collection $3 Million to Leave Solana
https://decrypt.co/118569/polygon-paid-y00ts-3-million-leave-solana
DeLabs, the startup behind top Solana NFT collections DeGods and y00ts, has revealed that it received a $3 million grant to move y00ts to the Ethereum sidechain Polygon. According to a statement published on Discord by founder Frank, aka Rohun Vora, DeLabs will put the funds toward hiring efforts and launch a crypto incubator to support its NFT ecosystem.

FTX Management Eyes Retrieval of SBF Charity Donations
https://beincrypto.com/ftx-management-eyes-retrieval-of-sbf-charity-donations/
The management of bankrupt crypto exchange FTX wants to recoup some of the charity donations made by its former CEO Sam Bankman-Fried (SBF), the Wall Street Journal reported. Some of those who received donations from SBF and FTX have already approached the new management to return the money, while FTX is urging others to do the same. A press release from the exchange stated that it would “commence actions before the bankruptcy court” against those who don’t return the donations and will have to pay back with interest.

The Fear & Greed index decreased to 25, still below 30. The number has been around 25 most of the time in the last 4 months, but the number has been near 28 in the last 30 days, showing that the investors’ confidence is yet to be recovered. But on the other hand, the market has been relatively stable, instead of slipping further.

Bitcoin Ahr999 stayed at 0.33, below the bottom line 0.45 and the DCA line 1.2. The numbers reflected that the bear market would last for a long time. Judging from the information above, the prices were still at the bottom zone.

According to the statistics published by the US Department of Labor, the US non-farm employment in the last December was added by 223 thousand, higher than the market expectation. The unemployment was down to 3.5% and the annual increase of average hourly payment was 4.6%. The numbers above indicate a robust employment market, despite that the payment increase was still lower than the expectation.

However, the US service industry indexes shrank. ISM revealed on Tuesday that the Non-Manufacturing Index was down to 49.6, the lowest record since May in 2020.

In terms of politics and economy, Nick Timiraos, correspondent of The Wall Street Journal, commented that compared with the report of November, the average hourly payment painted a less worrying payment picture for the Fed. 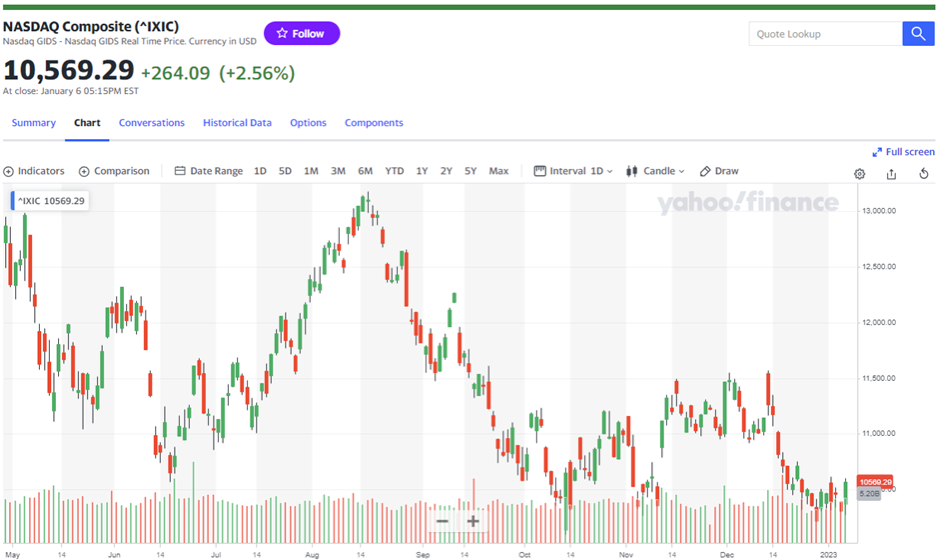 Judging from the 4-hour timeline, the price has broken the resistance lasting more than a month and reached 17000. From the top to the bottom are MA7, MA25 and MA99, indicating the long will dominate the market in the short, medium and long term. But the lately change is not a perfection. Unlike the price, the trade volume hasn’t risen by a large amount, which might be a sign for the short to take the upper hand in the future.